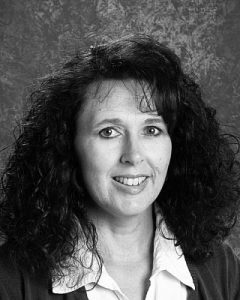 Nyp advises yearbook, video production, newspaper and online news for Manhattan High School. Her publications have won multiple All-Kansas and All-American awards in her eight years since at MHS. At the 2018 JEA/NSPA National Fall Conference The Mentor, MHS’s weekly newspaper, earned ninth place in the Best In Show contest. Nyp is the current president of the Kansas Scholastic Press Association. Before becoming an adviser in 2005, she spent 15 years working in the media industry. Her hobbies are running, proofreading everything she reads (especially social media posts and public signs) and consuming stories in the form of books, movies, articles, videos and any other form they come in. 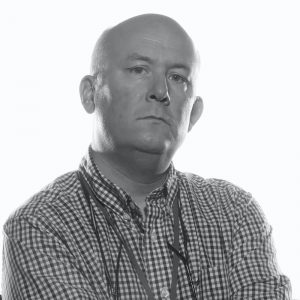 Cary Conover teaches photojournalism, broadcast, digital media design and yearbook classes at Andover High School, where he has been since 2011. Before that, Cary spent ten years in New York City working as a freelance photographer. He shot for The New York Times and The Village Voice (among many other publications) before returning to Kansas to teach full time. In 2021 Cary earned his MFA in photography through Savannah College of Art and Design, and had a large exhibition of photographs on display at CityArts Gallery in downtown Wichita. He continues to do freelance photography in the Wichita area, and works to stay active with his studio art practice. A 1996 graduate of K-State, Cary has taught at the Flint Hills Publications Workshop nearly every summer since 1998. 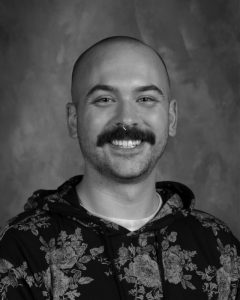 Tucker Love is the journalism teacher and publications adviser at Shawnee Mission South High School in Overland Park, Kansas. His time is spent advising the yearbook, newspaper, website and literary magazine while also teaching 21st Century Journalism, Photojournalism and Video Production. Named a 2020 Journalism Education Association Rising Star, Love has spent the last four years working with newspaper and yearbook staffs that create KSPA All-Kansas, NSPA First Class, and CSPA Gold Medalist publications. His students have also received recognition at conventions, Quill & Scroll, regional and state contests. Love’s background in graphic design dates back to his time as a student journalist, when he designed for his high school yearbook. He also spent time at the Kansas City Art Institute as a graphic design major and then worked as the assistant design editor for the Royal Purple yearbook during his time at K-State. Love is a K-State graduate and loves visiting Manhattan for a cup of coffee from Arrow or a donut from Varsity. 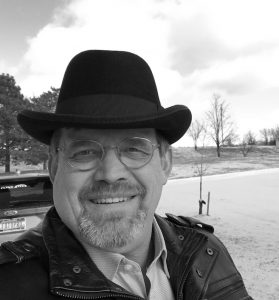 Hello, my name is Nick Homburg,

I am originally from Idaho where I spent 30 plus years working as a documentary photographer, film maker, and entrepreneur. I have four daughters, and seven grandchildren; six of which are girls, the one grandson of course is spoiled rotten.

I currently work as a professor of practice for the A.Q. Miller School of Journalism and Mass Communication at Kansas State University.  At K-State I teach photography, video and audio production, and drone journalism. It has been said I get to play with all the cool toys, and I must say they are right. As fun as photography, video and audio are, the drones take all of this to new heights. 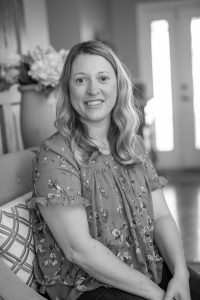 Thomas is currently a professor of practice with the A.Q. Miller School of Journalism and Mass Communications where she teaches courses in social media strategy, digital media, advertising, public relations, and media audiences.  She has spent nearly 20 years in marketing, advertising, and communications working in dynamic, fast-paced industries while creating integrated brand strategies that utilize a variety of traditional and new media channels. She also owns a social media consulting company, specializing in film and family entertainment. Jana earned her Master’s of Science in Strategic Communications from Kansas State University. 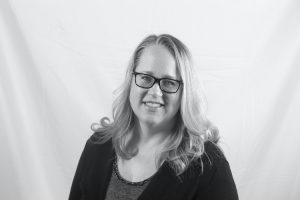 Joanna Chadwick, who is in her seventh year as the journalism adviser at Derby High School in Derby, Kansas, spent 20 years working at the Wichita Eagle as a high school sportswriter. Chadwick was named the 2016 Oscar Stauffer award winner, which is given to the best high school sportswriter in Kansas by the Kansas State High School Activities Association. She has also won awards from the wrestling coaches association, tennis coaches association, athletic directors association, was recently named a Journalism Education Association Rising Star and interned at Sports Illustrated. Chadwick writes for VYPE magazine’s website, ksvype.com, and has written six stories as part of KSHSAA’s 50 for 50 coverage of Title IX’s 50th anniversary. She also wrote for KSHSAA’s book on the history of high school football in Kansas. 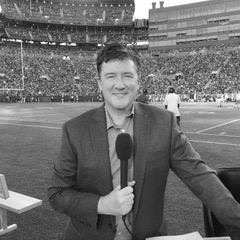 Andrew Smith is the News Director of KKSU-TV and a journalism professor at Kansas State University.  Smith came to KSU after a 25-year Emmy-Award winning career as a sports journalist around the country, including 16 years as Sports Director at WLUK-TV in Green Bay, WI, covering the Green Bay Packers beat with numerous pieces of special Packers programming. Smith also worked in Salt Lake City, Utah and Las Vegas, Nevada on his journey as a sports journalist. 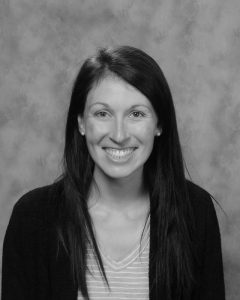 Diana Manglos just finished her 10th year of teaching. She currently teaches at Blue Valley North High School, where she has advised student publications staffs for the last eight years. Her yearbook and newspaper staffs have had experience producing both print and online editions, diving into the world of social media and podcasting as well.